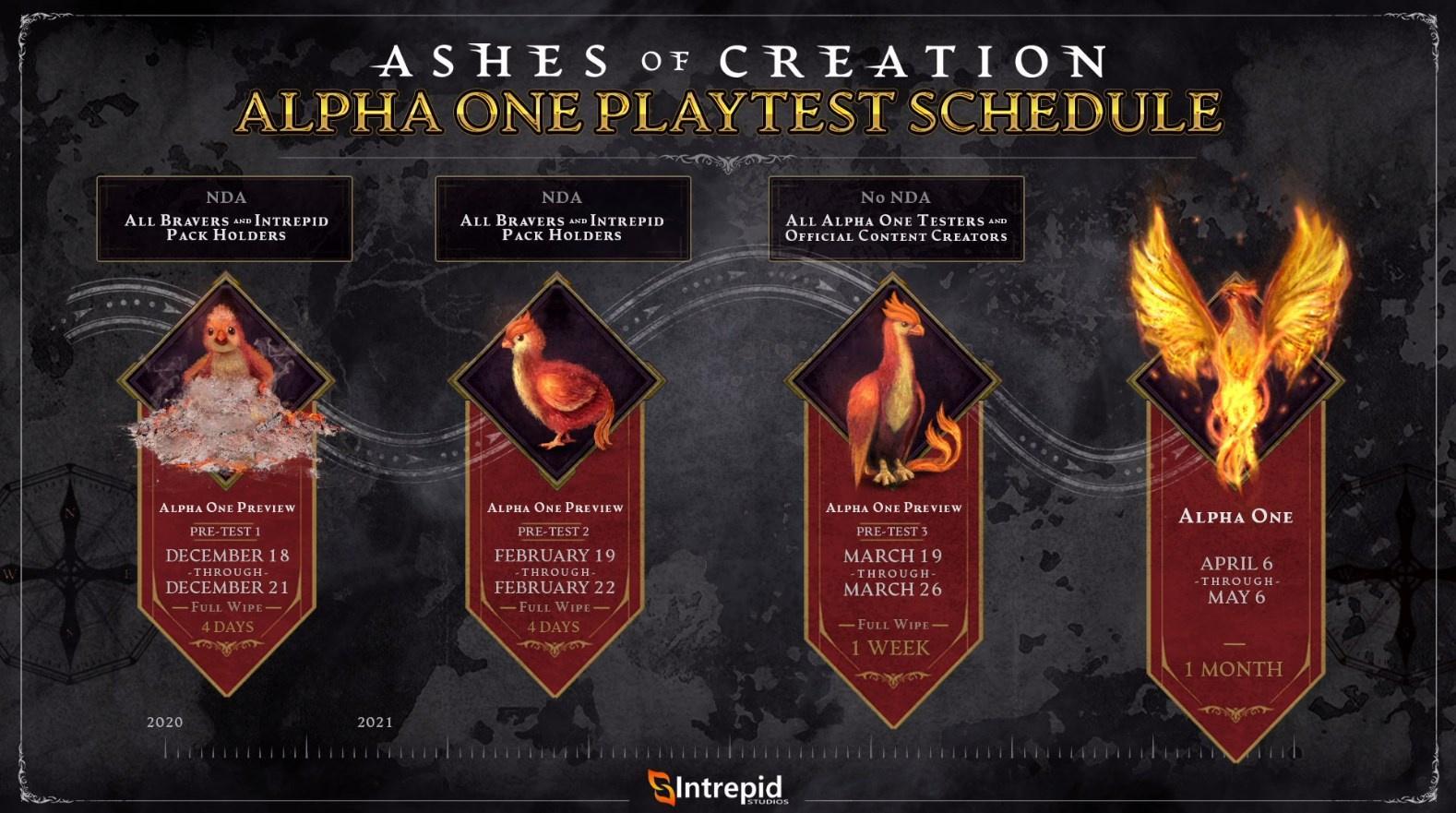 Engineering Team Update: The engineering team has been focused on player replication and basically how movement in Ashes of Creation works. Yesterday we had a short test with around 80 players from PI focusing on the movement iteration- The combat shown will have its skill FX etc tweaked, what you’re seeing is a placeholder variant of graybox testing. Additionally, I (Steven) am colourblind, so you will have colourblind support for UI customization.

Design Team Update: Regarding PvP balance, we’ll be balancing based on a macro scale, group based content. There will be classes that blow others out of the water due to the matchup, but we’re okay with that as the focus is to balance around group content. Even though augments will change how your active skills provide you abilities, there is a focus on the base archetype itself. So it’s not 64 true classes, but rather 8 classes with numerous variants. You could lean more into your subclass or lean less into your subclass. Dont expect as much variants in the 64 classes. Think of the classes having a shared chassis (Archetype).

Environment Team Updates: Moving into Alpha 1, we’ve tweaked the node system. Initially we would bruteforce the upgrade process, but what we’ve done now is- The engineering team has created a tool for the design team to upgrade the process. You’ve seen the underlying process of nodes, each node felt somewhat the same, however now we have the ability to be more dynamic and procedural as we get to have different layouts and nodes that change etc. There’s still a lot of work to be done even though we’ve completed the underlying architecture for it.

Q: Will citizens and or mayors be able to track new citizens, elections and more?
A: Yes, there are election notices. You can track player’s affiliations, the type of property they own and much more in the list of citizens. You’ll have a dedicated node chat section and you’ll get a notification there where players join as citizens.

Q: Will items offered in personal shops, stalls, auction houses etc. be at risk during node sieges?
A: The stall works differently from player shops. The stall does not require the player to be present, you just rent a stall and it exists for a timer to sell items. Playershops require a certificate to sell with your character. Since the stall can be linked to your warehouse, materials are at risk during a node siege. So processed gatherables and raw gatherables are at risk.

Q: Will there be a cooldown on changing sub classes?
A: We have not settled on how to implement the cooldown. Maybe quest related cooldown, or different specializations, but we have not decided yet.

Q: Will a guild be able to relocate their guild skill points?
A: My initial position on it is that it cannot be re-allocated. However subject to change. It would become a little gamey if you could adjust the skill allocation to meet the immediate situation.

Q: How will hair and equipment interact with attire? Clipping etc.
A: Depends on helmet, it decides face covering and the model hair piece.

Q: How do dyes work?
A: If you use a dye, you dye the relevant components of that set. There will be sections of the armor set that will be dyeable.

Q: How will hitboxes work with some races being small and large?
A: It’s something we need to tweak and adjust. We will probably have a unified hitbox with some collision roles based on testing.

Q: If I’m a more DPS oriented character, can my combat pet do tanking/healing? Or are they the same as my class?
A: Yes, you can have a more tank or support or DPS combat pet. Combat pets have various raririties, might be harder to achieve but offer better capabilities and skills.